Phillip and Morrison is one of the largest tobacco growing companies globally. The majority of its tobacco is grown on small-scale farms of two hectares or less. An area of concern has been the large amounts of native vegetation removed by local growers to use as a fuel source to dry the tobacco. As part of its sustainable agriculture practices Phillip and Morrison has established fast growing eucalyptus plantations in various tobacco producing regions to provide a sustainable source of wood to local growers which is to be used in the drying of its tobacco. 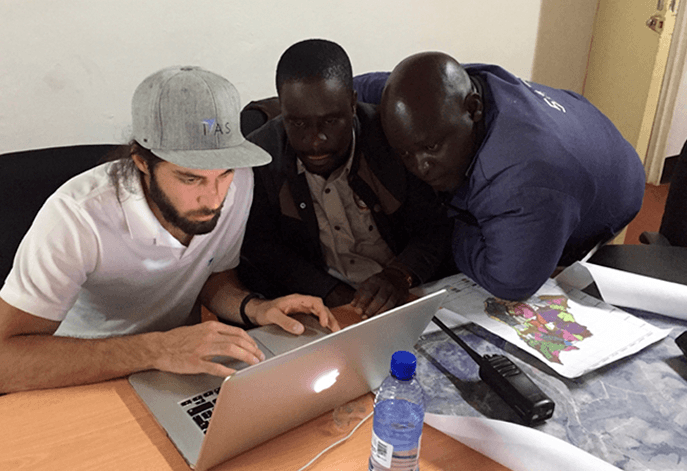 IAS chief pilot and technician planning out the flight boundaries with the onsite agronomist. 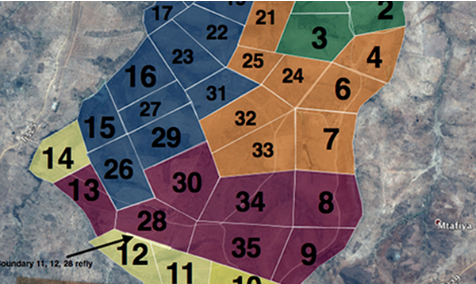 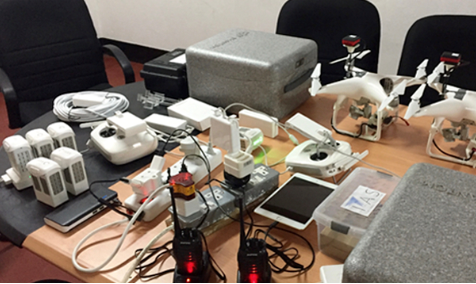 Some of the required operating equipment to successfully complete 2200ha plantation multispectral mapping.

The aim of this aerial survey was to map newly established eucalyptus plantations to provide evidence of the tree health from NDVI maps and accurately count the number of trees that were planted and are still alive. Using the farm perimeter shapefile, flight boundaries were created in Google Earth as polygons to break the farm up into manageable flight areas (see image below) These boundaries were exported as KML files and imported into the flight autopilot software. The hatch angle of each flight was adjusted according to the direction of the wind to ensure the most efficient flight path. The flights were conducted between 90-110m above ground level with a resolution between 2.7- 3.3 cm/ px. With a team of two experienced drone pilots, an ambitious 400 hectares a day were covered using two modified phantom 4’s each fitted with a multispectral camera, the Parrot Sequoia, to capture NIR and RGB spectrums.

Back to agriculture page